Correlations87 Remember, Correlation does not imply causation! explore how two or more variables are related to each other. It attempts to assess if the changes in one variable systematically vary with the changes in another. There is no dependence relationship between variables (e.g., IV/DV). Most often correlations are used to look at how variables are correlated to each other in a data set, usually with a focus on the variable(s) of interest.

This section explores the three most common correlation tests, one parametric (Pearson) and two non-parametric (Spearman and Kendall). All three tests compute a correlation coefficient that can range between -1 and 1. The closer the value is to the extreme (-1 or 1) the stronger the relationship is.

Null hypothesis (H0): There is no correlation between the two variables. In this case the correlation coefficient (which depending on test can be r, \(\varrho\), or \(\tau\)) is zero or close to zero.

The data set used in the examples below is called mtcars and is available in R example datasets. The data, covering 11 variables describing cars, was extracted from the 1974 Motor Trend US magazine (Table 9.1).

Table 9.1: Description of variables in the mtcars dataset

The first few rows of the data set are shown in Table 9.2.

The question asked is: Is there any relationship between mpg and wt? That is, is there any correlation between the car’s weight and its fuel efficiency?

Parametric test used for two interval or ratio variables. The test requires the following assumptions to be met:

Before running the test, we verify the assumptions for the Pearson Correlations88 An issue with the Pearson correlations test is the fact that outliers can negatively impact the test results. Therefore, an analysis of outliers should be performed for the sample before the test. test.

To test normality we use the Shapiro-Wilk test.

The results show that the distribution of data for both variables is not significantly different from the normal distribution (both p-values are > 0.05), thus verifying the assumption of normality.

Besides using Shapiro-Wilks, data normality can be analyzed using histograms, q-q plots, and the values of skewness and kurtosis for each data set. These alternative ways of studying a data set’s normality are exemplified for other analyses. 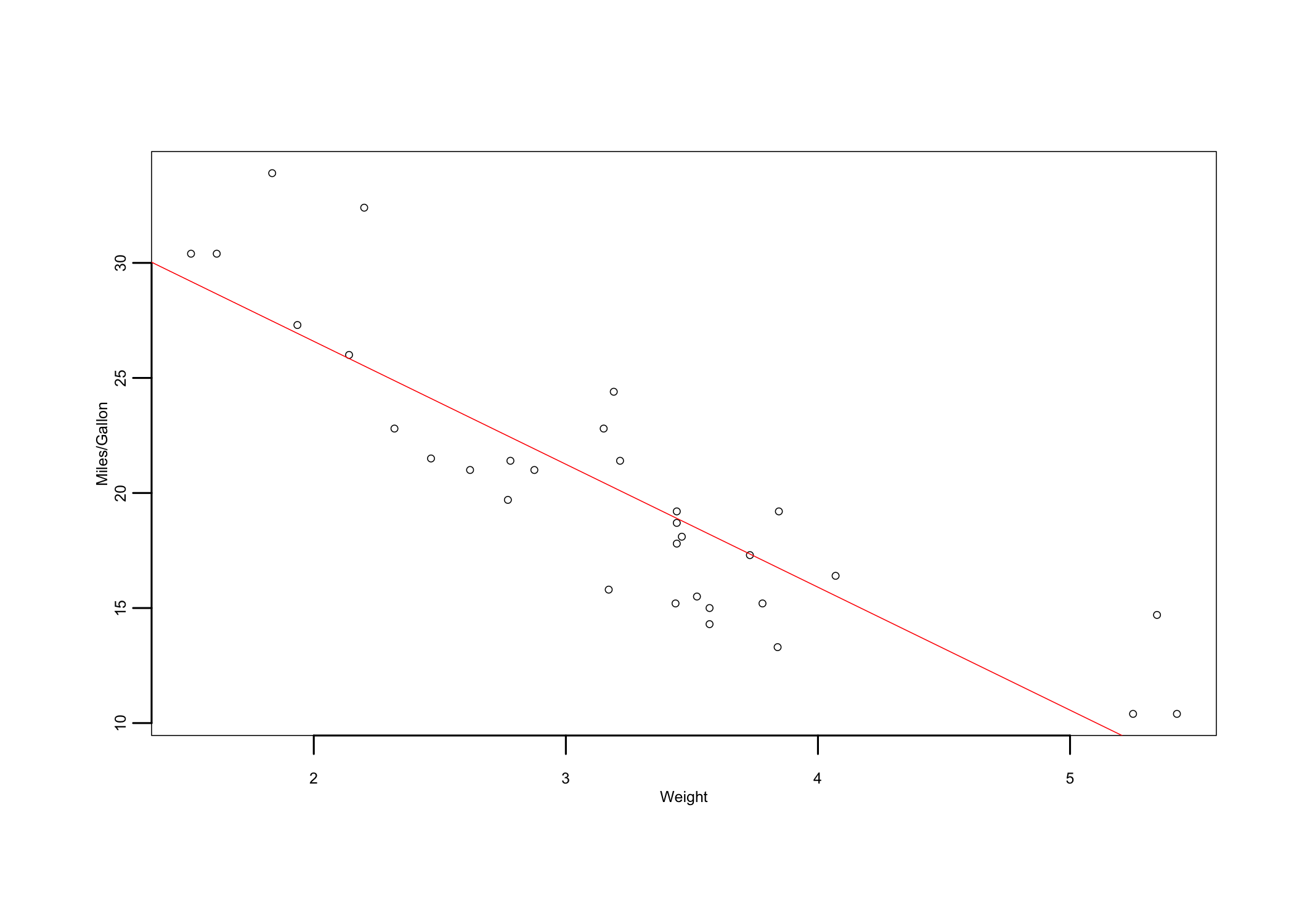 Looking at the scatter plot (Figure 9.1) the assumption of linearity seems to hold because the relationship between the two variables seems to be linear along the red line (regression line). Should the pattern of points show a different trend (e.g., curve), the relationship between the two variables is not linear and therefore other correlation tests should be used to analyze it.

With the assumptions verified, let’s run the Pearson Correlations test.

The p-value < 0.05 suggests that there is a significant correlation between mpg (fuel efficiency) and wt (car’s weight).

Because the Spearman Correlations test does not have any assumptions about the data, it can be run directly.

Based on the computed p-value < 0.05 it can be concluded that the two variables are significantly correlated to each other.

Because the Kendall Correlations test does not have any assumptions about the data, it can be run directly.

Based on the computed p-value < 0.05 it can be concluded that the two variables are significantly correlated to each other.